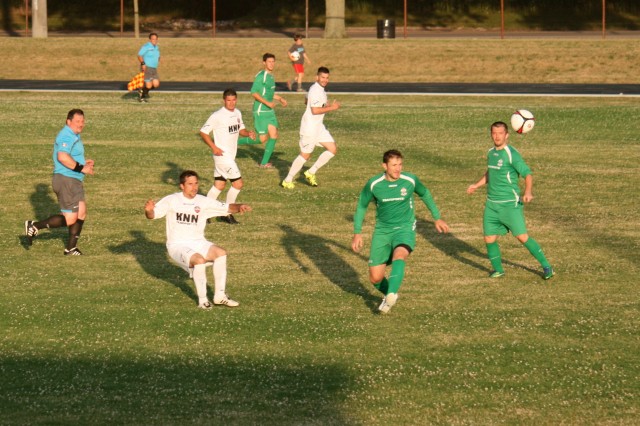 During the first two weeks of the 2017 CSL season, Brantford Galaxy First Division team have recorded 1 win and 1 Loss. On Saturday, June 3rd. the York Region Shooters defeated the Galaxy 2-0.

The Galaxy B second division team Have been impressive winning both games by netting 4 goals against London City and the Serbian White Eagles. The team currently tops the division with 6 points, 8 goals for and 1 goals against.  The team continues its games on the road playing FC Ukraine United B on Sunday, June 11 at  Centennial Stadium and SC Waterloo B at Woodside Park in Waterloo June 17th.

Saturday, Jun 24, 2017, both teams will play a doubleheader. Galaxy B team will play Royal Toronto FC B at 4:00 pm and the Galaxy first team will play Serbian White Eagles at 7:00 pm, at Lions Park.

COMMENTS
This article has No Comments.
Be the first to add your comments!
Click the "Post a New Comment" button below.
firstname lastname commented Just Now
×
"body"


Inappropriate comments will be removed by League and Team Managers.